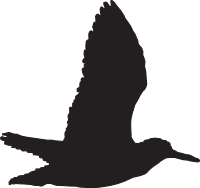 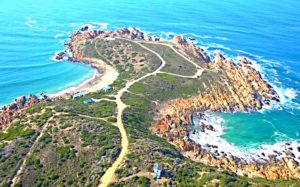 Fransmanshoek is situated approximately 3 km east of Vleesbaai. The area is shaped in the form of a peninsula that juts out into the sea with the most beautiful orange-coloured rocky formations. On the right is Malbaai and on the left Stilbaaitjie. To the west is a long sandy beach that ends at the little village of Kanon and the Cape Vacca Nature Reserve. To get to Fransmanshoek you have to drive along the 3 kilometer dirt road from Vleesbaai. 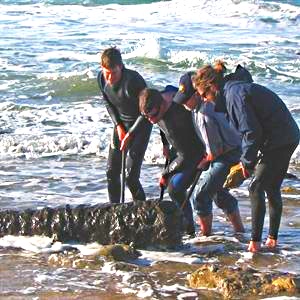 The history of Fransmanshoek is associated with the stranding of a warship during the 18th century. Fransmanshoek gets is name from the wreck of the French man o’ war, La Fortune, which sank here on the 11th of September 1763 (“French man” translated into Afrikaans is “Fransman”). She’d anchored just offshore to load fresh water from the spring – which still runs today – but an easterly gale drove her onto the rocks, and she couldn’t be saved. Fortunately, all 441 of the soldiers and sailors onboard made it safely to shore, and all valuables on board were removed at the time, except for 56 canons.

Initially only three of the canons were ever found – two during the 1930s, and one in the 1960s. These three are still preserved at the nearby village of Kanon which obviously gets its name from these canons. Fairly recently however, a fourth canon was discovered. During an exceptionally low spring tide in April of 2011 two residents of Vleesbaai, Chris and Annalene Booysen, noticed another canon while walking on the beach near Fransmanshoek. It was exposed for only a few hours, but fortunately it appeared again during another low tide in August. It was then removed after being under water for 250 years, and treated with all the necessary precautions for display in a glass cabinet at the Punt Huisie at Fransmanshoek where it can still be seen today.

The Punt Huisie at Fransmanshoek

Originally, the Punt Huisie was a simple fishing cabin many decades ago. Since then it has been restored and converted into an information centre for the Fransmanshoek Conservancy with information and lots of examples of the fauna and flora of the area. The Conservancy is responsible for the conservation and management of the peninsula. Fransmanshoek is a popular tourist attraction and the Conservancy welcomes visitors by providing visitors facilities such as adequate toilets, barbeque places for picnics, comfortable wooden benches at scenic points, various wooden boardwalks, various information boards, parking areas, refuse bins and hiking trails around peninsula. Fransmanshoek also features strongly on the third day of the well known Oyster Catcher trail with the unusual keen-edged, orange rock formations a memorable part of the hike. Even marriage ceremonies are often conducted at various spots on the peninsula with the beach at Stilbaaitjie the most popular. Because of its popularity and sensitive fauna and flora, access to Fransmanshoek is limited to 30 vehicles at any one time during festive seasons. 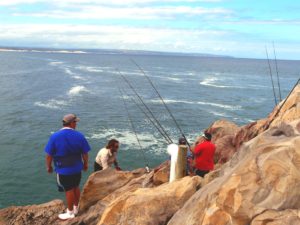 Fransmanshoek is characterised by magnificent orange-coloured rock formations. During rough seas at high tide waves crash spectacularly against these rocks. The rocks also provide a number of famous though dangerous spots such as Die Saal (photo left) and Verleëklip for fishing right on the edge of deep water from where fishermen cast their lines. Substantial catches of species such as shark, cob, garrick and shad are regularly made at these popular spots.